Special works on commissions: The Murals

Hani Badawi designs and creates customized works for those who want Murals on the walls and surfaces of large or medium dimensions.

Imposing and impressive one of the greatest works that Hani Badawi has carried out in a large luxury hotel in the tourist resort of Sharm el Sheikh in Egypt.

The artist painted on an area of 50 square meters, working for 14 consecutive weeks and refusing help from collaborators, a large mural painted completely by hand with an ancient technique as was done in ancient Egypt, using tempera and oil colors with brushes of various size.

He reproduced in the large Mural the ancient beauty of the Temple of Isis by reproducing the Hypostyle Hall of the Temple of Isis, faithfully painted as it was the original Temple with 14 columns supporting the ceiling, with a courtyard in which two porticoes run, each supported by a central column up to the hall.

Observing the impressive work, he spread the colors evenly into shapes delimited by the outlines of the figures of ancient Egypt but giving a realistic effect thanks to three-dimensional play perspectives. 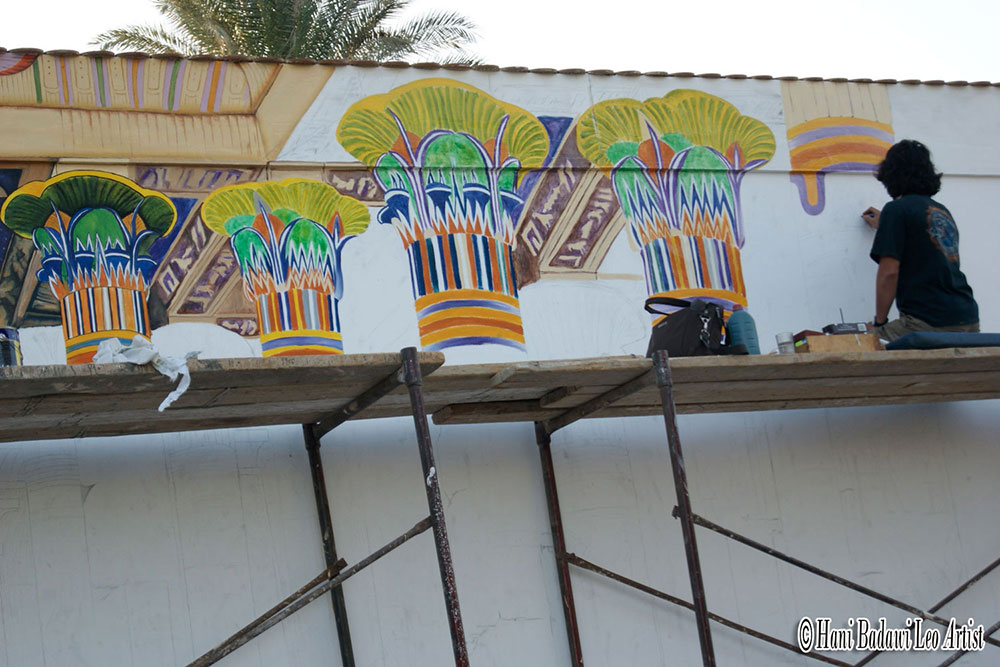 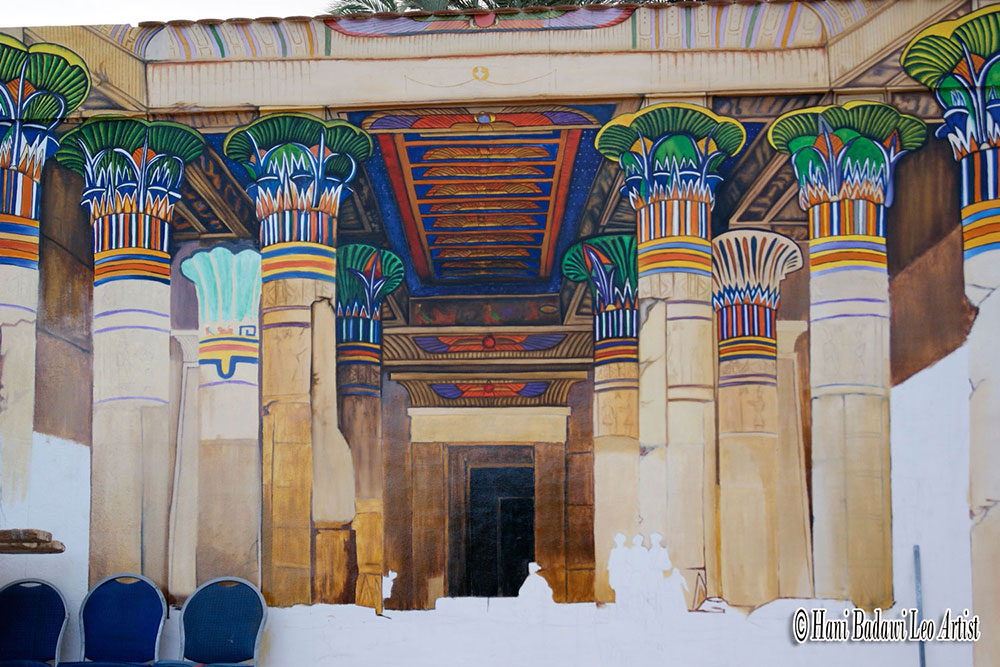 As in ancient Egypt, he mixed colors from various natural pigments combining them together and combining them following the Egyptian symbolic meanings.

Here stands out the Green, symbol of the color of the vegetation and new life; Yellow created from natural ochres symbol of the sun and yellow gold as an expression of immortality and eternity. The intense blue of indigo and Egyptian blue, obtained from the pigments of the lapis lazuli stone, symbol of the Nile, water, life and fertility. The color Red of the arcades and colonnade predominates, is the color of victory, of the fire that symbolizes the burning nature of the sun. 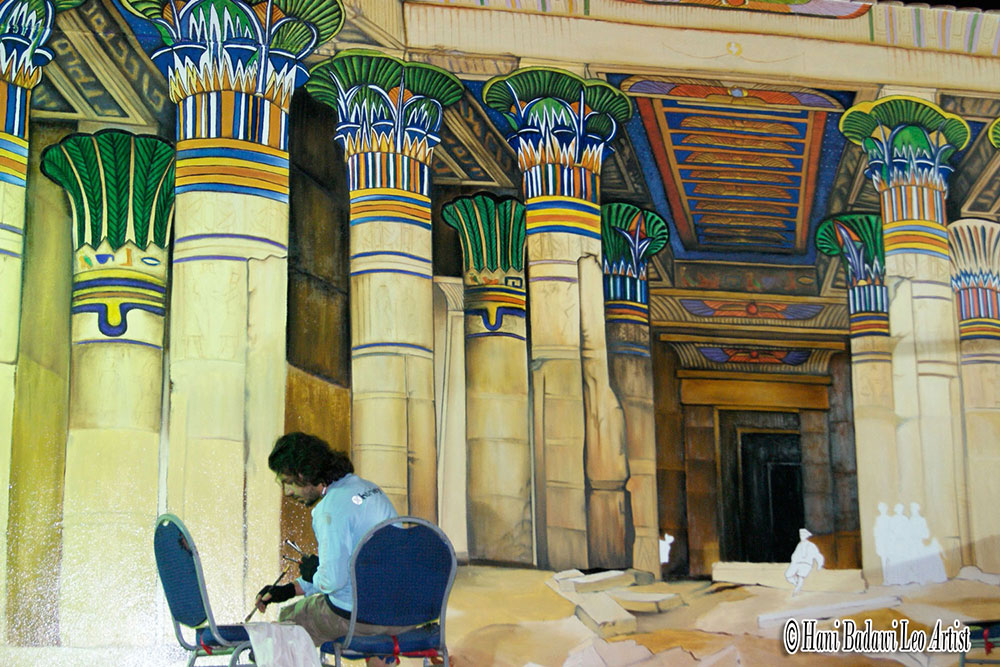 The White of purity, symbol of simple and sacred things, obtained from plaster, contrasts with the Black symbol of the night, death and the underworld but also of the resurrection. 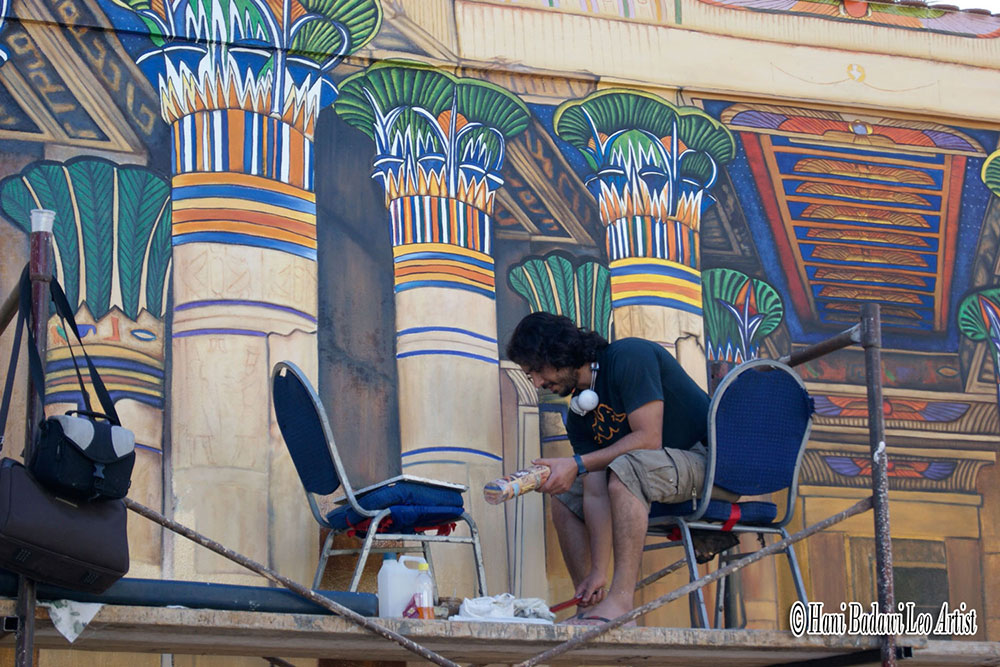 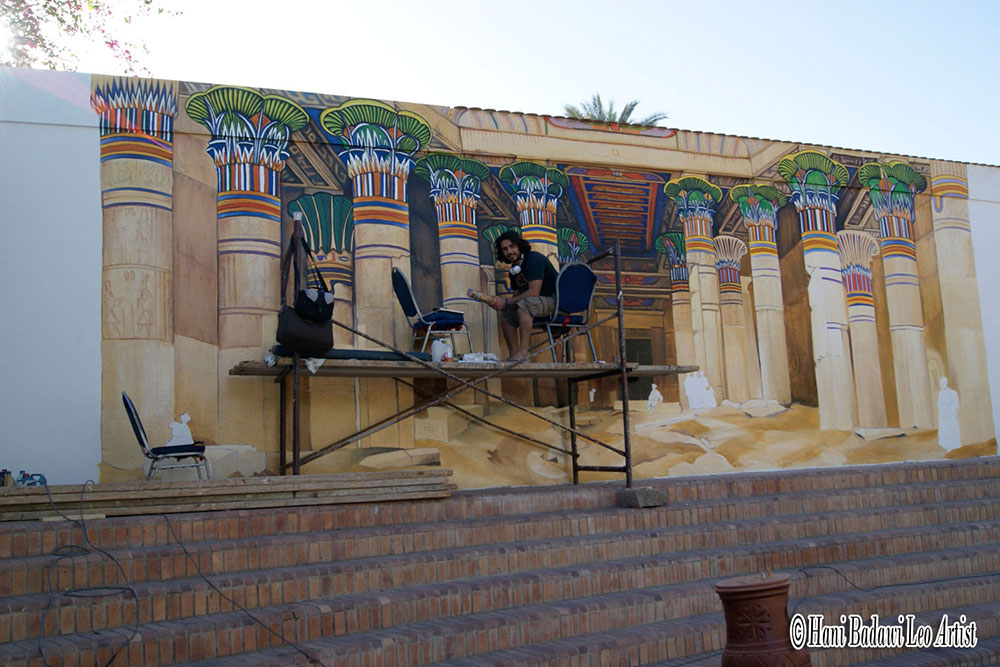 The refined colors reproduced by the artist faithfully inspired by the original colors of this great project of art as in ancient Egypt stand out among the details of the signs and the Egyptian hieroglyphic characters carved on the columns and arcades. The artist also managed to write his name in hieroglyphic font between the capitals of the columns.

At the base of the Temple he painted human figures with the characteristic clothes of the time, reproducing them at their natural height as if to revive them 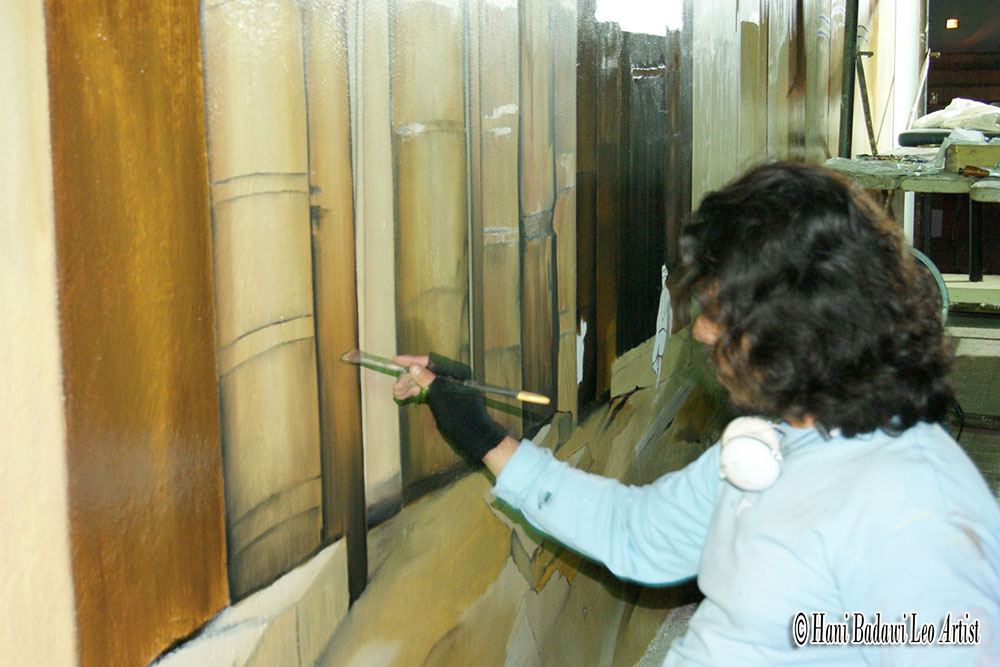 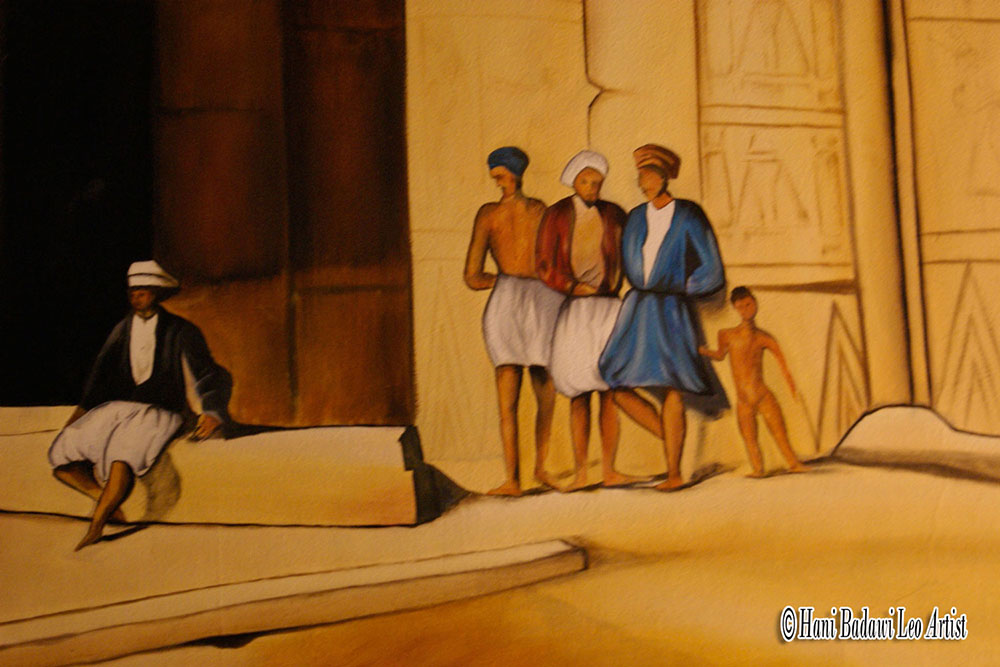 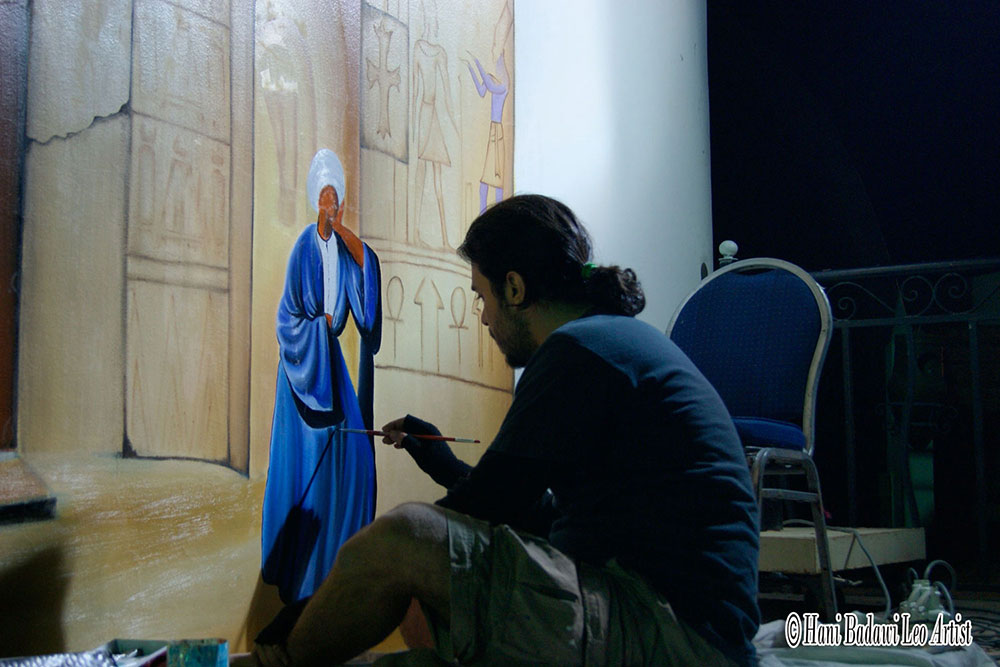 Hani Badawi has received awards for this unique project creating a great work with a perspective technique and perfect execution allowing the viewer's eyes to see the Temple up to 100 meters away and generating a three-dimensional effect as if the viewer was in front of the entrance of a real Temple of the ancient Egyptian mysterious world.